Today we had two tours in one day – a morning tour and an afternoon tour. No matter what we do or what it requires from us, I swore it won’t be as long or as exhausting as the 12 hour hiking on a glacier day.

Our first tour, at 10am, was a four hour boat tour around the bottom of South America, where we saw the Andes and the route to Antarctica. We didn’t go to Antarctica as that is two days on the water and a very expensive trip so that’s for another time. We did see birds and sea lions from the boat. We also got off the boat and hiked a bit up a small island to get fantastic panoramic views of Argentina, Chile, the Andes and the open seas.

Easy peasy as compared to the glacier hike day.

Once back on shore, we had 45 minutes so grabbed sandwiches for a quick lunch. Then we were on our way – we took an hour bus ride to get to a boat that would take us 15 minutes to an island where we would walk with penguins. Super cool. 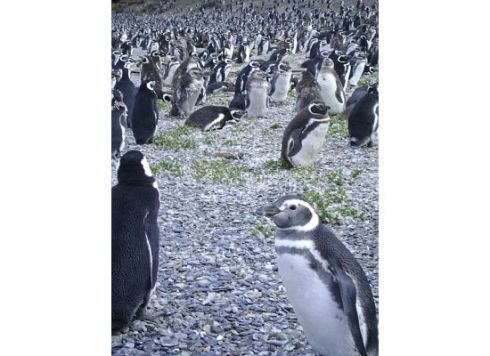 Long story long, the bus ride to get to the boat to get to the island was fine. Paved roads, controlled driving, gorgeous scenery. 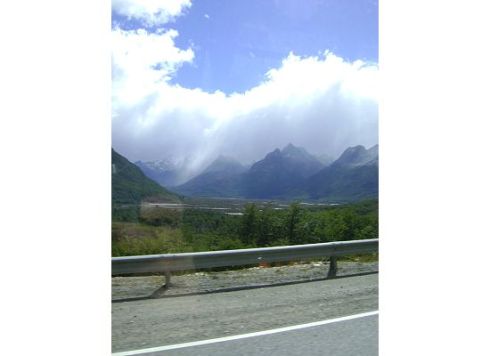 The bus ride back was another story. Earlier in the trip I had discovered Serrano ham potato chips… 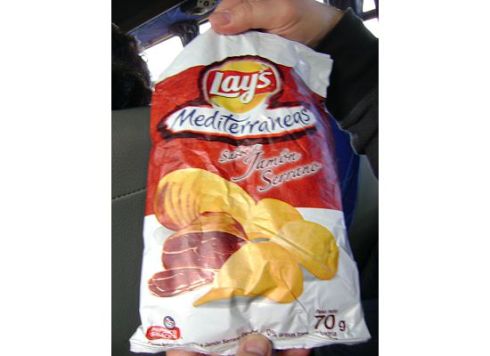 and had packed them for the bus ride. Yes, there were as good as they sound. Unfortunately, bad timing to eat them as they didn’t sit to well with me on this bus ride. The driver thought he was on the Autobahnen alas we were on windy, dirt roads. No photos from the drive back since I had been praying for the better part of an hour that I would not throw up. And I don’t get carsick typically! I had been in the window seat but had to move to an aisle. I knew if I asked him to stop the bus, I wouldn’t want to get back in, so I kept quiet.

Once we exited the bus, I told the bus driver I didn’t feel well. He nodded knowingly and said, were you in the back of the bus? Yep. We were the second to last row in the 8 row bus.

Then we crossed the street to tell the guy that had booked our tour thank you, because it was as cool as he had said. I also told him I didn’t feel well. He also asked, were you in the back of the bus. Ughhhhhh. I wish they had told me!!!

Even though my boyfriend blames the delicious potato chips for my stomachache, I still blame the driving.

This entry was posted on Wednesday, February 16th, 2011 at 10:00 pm and tagged with argentina and posted in food, travel, travelogues. You can follow any responses to this entry through the RSS 2.0 feed.
« On time, or is it?
Ski lifts serve many purposes »