Lo Sentimos, No Disponible and How Fred Saved the Day!

Using two hostel booking sites, Hostel World and Hostel Bookers, I found a hostel that had great reviews. I cross checked it on TripAdvisor.com and was happy with the reviews. So I packed myself up and walked a few blocks, uphill, with my backpack, still in my airplane clothes, to the hostel.

When I arrived ten minutes later, there was a sign on the door that said ‘Lo Sentimos, No Disponible’ which translates to ‘S0rry, No Availability.’

It also meant that because I didn’t write down any backup places I would be heading back to the tourist office.

You may be asking yourself, didn’t she pack a guidebook? Oh yes, I did. But it was packed away and, blame it on the jet lag and the positive thinking that I’d get my first choice of accommodations, but I didn’t even think to cross-check places noted in the book.

At the tourist office, I resorted to emailing. One place after another quickly replied to my note stating that they were full. Getting nervous that the only place that had availability in my budget was a 45 minute bus ride away, I started to wonder why this small, colonial town was so booked to capacity on a Wednesday night and I took a step back to think.

Thinking back to my half-hearted effort to find a place while I was still in the States, I decided to send another email to a Fred who had rooms available and ranked very highly on TripAdvisor. He had only had a garden apartment (that sleeps four) available rather than a single bed. The original rate he quoted me was too steep, and provided far too much space, for my current backpacker budget and solo status, so I had politely declined.

Today was different. It was nearing 4pm, and I had to hope that if he had any space maybe he could do a little better with his price. After all, I could be there as fast as my feet would take me.

I was hot, tired and growing increasingly frustrated (my own fault) as I waited for his reply. I did not have to wait long. Fred wrote back right away with a revised price for the apartment, $80, which was 25% of his original quote. Knowing that $80 would later cover at least four nights on this adventure, I chalked the cost up to a first night splurge and the much needed confirmation that I had a place, in town!, to lay my head for the night!

With my map in my hand and my backpack on my back, I walked another ten minutes and found myself in the garden of Fred’s home. 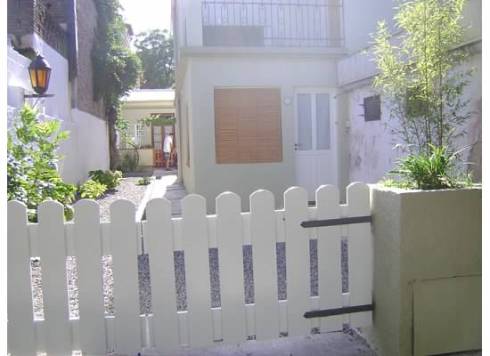 Fred invited me inside and I was pleasantly surprised, and slightly disappointed that I didn’t have travel companions to share the large space with me!

The apartment was located on the ground floor and just up a separate staircase led to his own home.

I had a kitchen, an eating area, a private yard just off the kitchen, a bed in the ‘living room,’ two twin beds in the downstairs bedroom and a full size bed upstairs. Yes, there was even an upstairs. 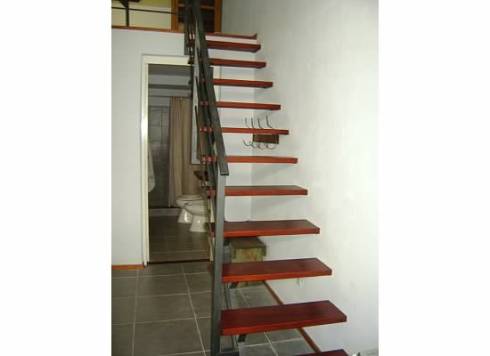 For $80USD it was a very nice place to start my trip. And I did have some unexpected travel partners staying the night…the biggest beetles I had ever seen. They were harmless and stayed on the floor. I hope! 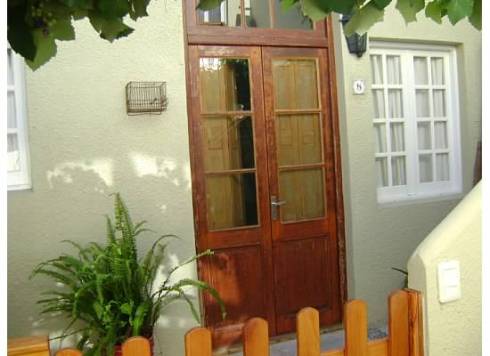 This entry was posted on Saturday, August 11th, 2012 at 8:03 pm and tagged with uruguay and posted in apartment living, career break. You can follow any responses to this entry through the RSS 2.0 feed.
« Disembarking in Colonia
Next Order of Business »