Following the lead of Katie at Katie Going Global, and her 12 Favorite Places list, I decided to create a list of my own favorite places.

While it may not be the most representative photo of a place (or the best photo), the photo and the place struck a chord with me.

In chronological order, 12 of my favorite places in 2012…

This coastal village, accessible only by a 4×4 truck, is a 30 minute ride from the nearest road. Cabo Polonio has no electricity, a dusty supermarket and a peaceful way of life. Just a handful of residents make Cabo their home year-round, including sea lions. As you’d expect, the population peaks throughout the summer with those looking to disconnect. 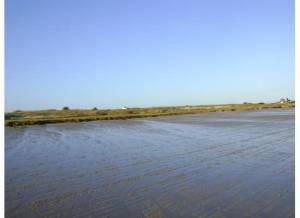 I saw four new capital cities on this trip and of those, Montevideo was my favorite. The architecture in the old city is beautiful. Beaches line the Rio de la Plata in the middle of the city. I was fortunate to have new friends as local guides and saw many neighborhoods, and a brief stop at the British Hospital. I was there during the festival celebrating Yemaja, the Queen of the Water. Even though Montevideo is a major city, donkeys still help with garbage collection. 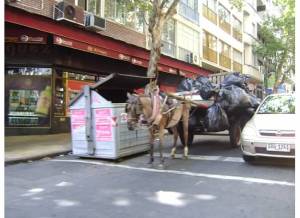 Vineyards always make me smile. This was a really fun day in a really beautiful place not far from the bustle of Mendoza. This particular vineyard’s property extends to the trees in the far back of the photo. I had always thought I don’t like chardonnay because of it’s oaky taste, but I learned that there are options and I do enjoy a chardonnay from a stainless-steel barrel. 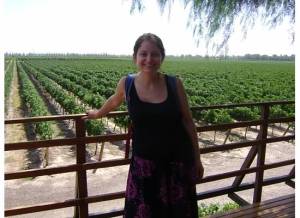 Before arriving, I was told that everyone finds that they either love it or hate it. From the art on the streets, literally, to the spectacular views, I fell in love with Valpo. I had only planned on staying one night only because I couldn’t figure out where I was heading next yet I wound up staying in Valpo for four nights. Art covered the streets, there’s a lively community and the sea breeze doesn’t hurt.

The Atacama Desert is the driest desert in the world. When I arrived, it was experiencing the worst flooding in over a decade.  Here’s a shot of my bus driver calling to find a different route since, yes, that is a river flowing through it. Buildings in town were mostly covered by thatched roofs. Outside, they were mostly covered with layers of plastic tarps to prevent any more water. Inside, buckets were set up to catch the water.

Two of my friends arrived in Chile and we spent an amazing few days together navigating the new normal of San Pedro.

The world’s largest salt flat is simply surreal. I was there in the rainy season which creates a mirror effect from the salt and the flooded flats. You can play with the perspective but the scenery around you is simply jaw-dropping and reminds you how little we are in this thing called, Earth.

I guess I hit on a few superlatives during my travels and here are two more. Lake Titicaca is considered the highest lake in the world, and the largest in South America. Bordered by Bolivia and Peru, I spent time on both sides of, and on, the lake. In Bolivia, I happened to be in town during the weekly blessings of vehicles. In Peru, I stayed with a local family on Amantani, an island on the Peruvian side of the lake.

Accompanied by a guide, I felt like I was on a school trip. The coolest one ever. I learned so much. Wildlife and nature are pristine in this paradise. Animals and plants found here are found nowhere else on earth. Here, a blue-footed boobie. 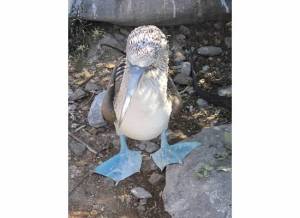 Nashville has my heart. I love country music, I love live music and I love Southern hospitality. I have never had a bad time in Music City and there’s something to be said about traveling with your girlfriends. 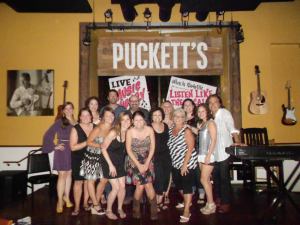 A beachside town just a few miles away from the tourist mecca of Taormina, this was the start of the off-season. Restaurants were filled with locals, the beaches empty since it was a little chilly but the scenery and the weather excellent for sightseeing, relaxing and just taking in the views.

Driving from the autostrada in Sicily, you can’t help but notice the mountain as it gets closer. And then as you head up, it gets colder. But the height gets you above the clouds and reminds you of the past explosions. If you kick up some dirt and feel the ground, it’s warm from the cauldron bubbling inside. Super super cool.

Malta is an archipelago situated just 90 miles south of Sicily and just north of Tunisia in Africa. Gozo is one of the three islands in the Maltese archipelago and is surrounded by water, rolling hillsides and amazing formations like the Azure Window.  Villages dot the island each offering delicious meals, warm locals and stunning views. The pace of life on Gozo is noticeably slower and more relaxed than on its larger neighbor, Malta.

And the trouble with lists, is that I can’t include each and every place.

Just because I left you out – La Paz, Bolivia; Mendoza, Argentina; Arequipa, Peru; Salta, Argentina and Santiago, Chile – doesn’t mean I didn’t enjoy you. As for Minas, Uruguay; Vina del Mar, Chile and Villazon, Bolivia, well, I’m probably not headed back your way anytime soon, but thanks for the memories – including the trying time to get my Bolivian visa.

Thanks for reading! A happy and healthy new year to you and your family.

This entry was posted on Monday, December 31st, 2012 at 9:59 pm and tagged with argentina, bolivia, chile, ecuador, italy, malta, nashville, peru, uruguay and posted in career break, in and around the world, observations. You can follow any responses to this entry through the RSS 2.0 feed.
« Back at Daisy’s
Happy New Year »