Inside a Chilean Hospital

The pain came on so fast and with no warning. I sat down and tried to think clearly. As soon as Cara and her friend’s Starbucks orders were ready, we left with the plan to get a cab back to the hostel. Before making it from Starbucks to the corner, I had to sit down on a bench. The pain in my legs was excruciating.

Taxi back to hostel. The three of us took the quick ride back to the hostel. We dropped off Cara’s friend and I went to my room to bring the Argentinian prescription to the hospital. I figured this medicine was the culprit since I had been fine otherwise.

The staff at the hostel suggested we go to the private hospital. This was promising since I learned from my Uruguayan hospital experience that private hospitals are supposedly better, they speak English and it’s more efficient.

In the taxi, I profusely apologized to Cara. She had such a calming presence and we both said how thankful we were that we were together and I wasn’t alone.

Taxi to private hospital. We arrived to a nondescript building and here, I took a number, like you would at a deli counter. Then we settled in for what we thought would be a long wait.

After no more than 5 minutes of waiting, my number was called. I went to the desk to get registered, which was basically them taking my name, my emergency contact and my passport number. The pain had minimized but my concern about why had not.

I returned to the waiting area with Cara and seconds later my name was called.

If you’ve ever been to the ER in the United States, what happens next will shock you.

I was called in, and instead of sitting for an hour waiting to be seen, A NURSE WAS WAITING FOR ME. We spoke for a few minutes about what had happened in Argentina, the medicine I was prescribed and what had just happened less than an hour prior. 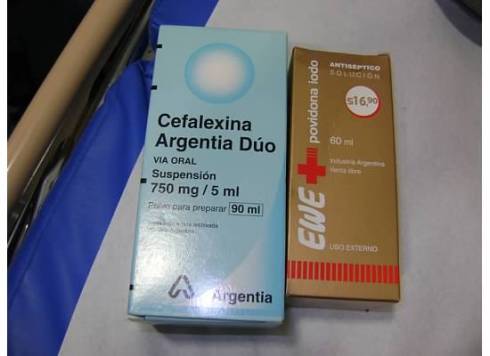 Then, while we were conversing, the doctor came in, examined me, told me that I had an allergic reaction, wrote a new prescription and basically said, no charge.

All smiles with the nurse after the doctor told me everything would be okay.

Cara and I headed to the door but before we left, an administrator ran after me asking for payment. I was so relieved it was nothing terrible and I knew I had travel insurance.

So with a total bill at around $100USD for the visit, I happily paid and Cara and I were off to find another taxi to go fill the new prescription at the pharmacy.

This entire hospital visit was less than ONE HOUR.

Efficient, pleasant and cheap. As healthcare should be.

This entry was posted on Sunday, August 2nd, 2015 at 3:30 pm and tagged with chile and posted in career break, doctor. You can follow any responses to this entry through the RSS 2.0 feed.
« All is well, until it is not
Where’s the best place to relax? Hint: the beach »